7 Reasons Why You Should Study in New Zealand

There is so much more to New Zealand than meets the eye and this beautiful and adventure-rich country offers more than just an amazing lifestyle. As for education, Auckland was rated in the QS World Rankings as the 28th best city in the world for students to live in, with Christchurch not far behind. This is due to a number of factors, including a high level of employability, multiculturalism and the experiences and adventures that forms such a large part of the New Zealand culture. 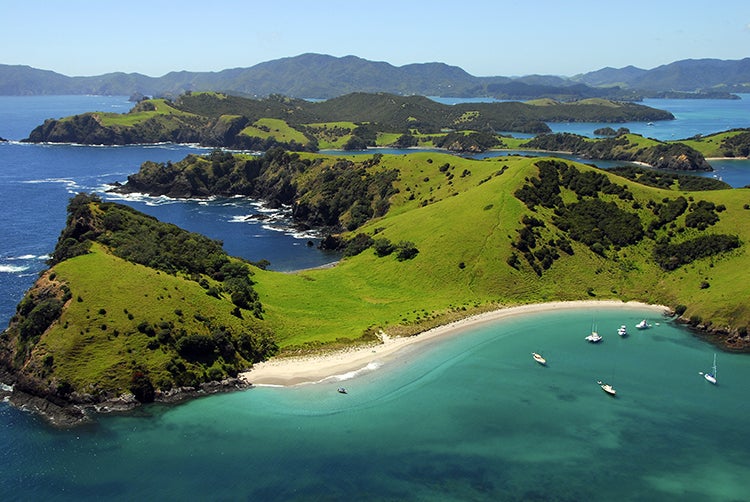 The New Zealand education system is one of the highest quality in the world, with systems such as the New Zealand Education Framework (NZQA) ensuring the education providers in New Zealand give students the highest-quality learning possible. Currently, there are eight Universities in New Zealand and approximately 550 Private Training Establishments (PTEs). In 2016, all eight universities ranked in the top 100 for at least one subject, with the University of Auckland being ranked the 81st best university in the world on the QS rankings. All eight Universities are in the top 500 worldwide.

New Zealand is home to some of the nicest and most down-to-earth people in the world and this is something the country is very proud of. Having a population of only 4.4 million; New Zealand’s people mainly reside around the major cities of Auckland, Christchurch and Wellington, many of whom are located on the North Island of the country. The tight-knit community environment is something that’s often highlighted by tourists and international students alike as being one of the most memorable aspects of the nation. Whether soaking in the social campus-lifestyle or engaging with the locals in town, there’s always new people to meet and friends to make.

One of the biggest aspects of life in New Zealand is the Maori culture. According to newzealand.com, the country’s official tourism website, 14.6% of the population are indigenous Maori. The culture, tradition and language still form a significant part of New Zealand’s identity and is a great learning experience for students looking at travelling from overseas. Better yet, there are many cultural learning opportunities available, from tours to performances so you can immerse yourself into the heart of this expressive and vibrant culture.

There’s more to New Zealand than just being the backdrop for The Lord of the Rings. This truly magnificent country has some of the most beautiful places in the world. No matter what you wish to set your sights on, from natural hot springs such as the Champagne Pool to the wonders of the glowing Waitomo Caves, this country has natural wonder around every corner. It is also home to some amazing creatures, including the Tuatara, a lizard which is the only surviving reptile from the time of the dinosaurs and holds the title as being the only member of its order to have three eyes, as well as the famous and flightless Kiwi Bird

New Zealand is obsessed with adventure, even being the first to commercialise Bungee jumping. From water sports to the nation’s love for rugby, there’s something for everybody. New Zealand also boasts a fantastic range of music, performances and the arts which add to the lifestyle-rich experience you can expect to have while studying.

The job market in New Zealand is booming. If you have the right qualifications and have undergone the training needed, you’re bound to get a job. New Zealand wasn’t heavily affected by the last global financial crisis, meaning that the work opportunities–especially for graduates– remains not only stable but growing in demand by potential employers. Specialists areas such as medicine, engineering and IT are in demand, as well as general career paths in administration and business, which are two of the most popular study areas. This is why the country is not only great for domestic students but also international, with many choosing to remain in the country for work.

Let’s face it, New Zealand is pretty safe down in its little corner of the Globe, which not only allows it be enriched with culture but also helps the country to remain safe and stable economically. As mentioned before, the country wasn’t as heavily affected by the last economic downturn as most countries were. The government have only experienced small deficits to budget, with the taxing framework some of the most lenient in the world according to the government website, www.newzealandnow.govt.nz. It also features a low crime rate and a great healthcare system which are always appealing for international students.

Free Course Initiative to Support You Through This Pandemic

Education providers NorthTec and TANZ eCampus are providing free online courses for Northlanders who have been affected by COVID-19. Both providers ensure that the learner receives adequate individual support, delivering all the…

Why You Should Study Photography

Photography is an art form, a hobby, a career path and something that everyone can learn. Studying a photography degree does not mean you have you have to work full time as…

If you’re looking for employment in New Zealand, there are a number of fantastic opportunities available, and none more so than the skill shortages list, which outlines which jobs and careers are…

How to Become an Executive Assistant: Advice From an EA

Life as an executive assistant is fast-paced, exciting, varied and can bring in some pretty competitive coin. And with no linear career pathway to this role, opportunities to start a job as…

How to Become an Office Administrator in NZ: Salary, Job Description, and What to Expect

Office administrators are essential members of any well-run business. With flexible work opportunities and no formal entry requirements, office administration is perfect for anyone looking for a stable career path.  An office…

The Top Pathways to Becoming a Cybersecurity Specialist

Cybersecurity is a thriving field that benefits from a diverse workforce. This means there could be an avenue for you, whether you have absolutely no experience in cybersecurity, have a general background…